Even the webcams are covered in snow in Les Arcs...

Huge snows in Europe this week, and more arriving...

This Week's Snow Headlines
- Big snowfall in the Alps and another 30-100cm (1-3 feet) forecast by the weekend.
- Snowiest season start in the Dolomites for five years.
- Up to 1m of snow reported in the French Pyrenees, less in Andorra and Spain.
- Big new snowfalls in Eastern North America.
- Gstaad claims 2.3m of snowfall in the last 7 days.
- Scottish ski centres re-open with fresh snow.
- Snowiest start to season in 20 years at Verbier.
- High avalanche risk in parts of the Alps.
- Snow in marginal areas like Belgium, Denmark and Portugal.
- Strong winds in some areas cause operational issues.
- Little fresh snow still in most Western US states.

The snowfall in the Alps has been little short of incredible since the weekend with perfect timing for the start of the main season. Many resorts have been reporting at least 50cm of fresh snow, some as much as 1.5m, over the last five days alone.

There are provisos to the snowy joy - the rapid fall means that avalanche danger is very, very high; and it has been windy too in places. The snow has caused operational difficulties at times and it's not absolutely everywhere that has had a lot.

The Dolomites, Pyrenees, Scandinavia and even Scotland have also seen an upswing in snow conditions compared to a week ago.

North American conditions are more varied as a near-drought continues in the west with little fresh snow. It's cold in the north and there was good snowfall in November so areas in Alberta and BC have 50% or more of their terrain open but its more challenging in Western US states where it remains above freezing, there's no fresh snow and many areas have only a fraction of their terrain open. There has been lots of fresh snow on the East of the continent in the past 48 hours however.

More heavy snow is expected over the next few days for the North and West of the Alps, with lighter falls elsewhere.

Snow should ease through the weekend and clearer, less cold, conditions should prevail going into next week - with the occasional snowfall still possible.

There have been several fatalities in avalanches already this week.

Heavy snow, and wind, has prompted many European areas to declare Avalanche Risk at Level 4 (High) or even 5 (Extreme).

Large avalanches are highly likely, and will be easily triggered.

Look out for some useful resources being posted into the Avalanche Safety Forum.


OPENING TIMES SUBJECT TO CHANGE!
Some of the early openings are partial and temporary, and may be weekends only - so check with the tourist office!
Always check local conditions and resort opening times directly before travelling!

EUROPEAN ALPS
Austria
Austrian ski areas did not receive as much fresh snow at the weekend and start of this week as their neighbouring resorts in France, Italy and Switzerland but conditions remain largely good across the country. Typical snowfall ranged from about 15cm at Kitzbuhel to 60cm at areas like the Solden glacier. Bad Kleinkirchheim also reported 50cm of fresh cover.

France
Great conditions in the French Alps and Pyrenees as more resorts here open for the 17-18 season. Several areas that have been running 'season preview' weekends for the past few weekends are opening permanently from Saturday, including the mighty Portes du Soleil. Little known Orcieres Merlette has claimed the biggest seven-day snowfall total in the country at 1.5m (5 feet) but for most of the rest it has been 50-90cm with powder pocket Bonneval-sur-Arc at the top end of that range. Bases are now above 2 metres (already) on upper slopes in some areas with Les Menuires topping the table at present.

Italy
It has been a great week in Italy too. Resorts in the northwest of the country have seen some of the biggest snowfalls of all over the past week with areas like La Thuile and Pila in the Aosta Valley reporting massive 1 metre plus accumulations. At the same time ski areas in the Dolomites to the East have had some good snowfalls too – really welcome news there where they've been reliant on snowmaking at the start of the past three seasons. Most of the country's ski areas will be open this weekend with Dolomiti Superski reporting that around 900km of their 1200km of slopes will be groomed and ready.

Switzerland
It has been an exceptionally snowy week in Switzerland, much to the delight of local ski businesses who are reflecting on how different it all is to the 'warmest ever autumn' there a year ago and also gaining some solace as they read a newly published report that climate change means two thirds of them will no longer be viable ski destinations by 2035, apparently. But no such problems it seems in 2017-18 as most of the country's resorts have been posting plenty of powder alarms and the 7 day totals are pretty staggering 2-3m (Nearly 8 feet) claimed by Glacier 3000 near Gstaad, 105cm (3.5 feet) by Laax and almost as much again in the 4 Valleys where locals are saying it's the snowiest start to the winter for two decades. Most other Swiss areas have had 60-90cm of snow. So short version – there's deep powder pretty much everywhere on Swiss slopes, just be wary of the avalanche danger up at its highest level too.

Eastern Europe
Good early season conditions in Eastern Europe too where most areas have now opened. Ski areas in the Czech Republic reported some particularly impressive snowfall in the past few days – more than 60cm of fresh snow in some places. In Slovenia bases have built to as deep as 1.5m already on upper slopes at Vogel, believed to be the deepest base in Eastern Europe so far. Ski centres in Bulgaria have also begun opening posting images of healthy looking snow cover. As mentioned in the intro however it hasn't just been snow; strong winds caused some damage in Slovakia and wind chill is reported to have been greater than -30C at times.

Scotland
An improved pictured compared to week ago for most of the Scottish centres. The snowfall in Western Britain allowed The Lecht, Glencoe and Cairngorm to re-open. There are just a few runs open at each centre. In addition two Snowfactory all-weather snowmakers are now in place at Glencoe and Cairngorm. Nevis Range says it will re-open this weekend although it thinks just for sledging. Glenshee doesn't quite have enough snow for anything more than sledging either.

Pyrenees
Fairly good conditions in the Pyrenees. The French side of the mountains reported some big snowfalls at the weekend. In Andorra and on the Spanish side it was more like 20cm of fresh. Bases ae in the 40-80cm bracket on the whole with most runs open at most centres thanks in part to a double bank holiday in the region.

Scandinavia
The focus may have been on the European snow over the past week but parts of Scandinavia – particularly northern and western Norway, have seen big totals too. Bases have now reached 2m at Voss, but most Scandinavian ski areas are in good shape.

North America
Canada
Little new snow to report in Western Canada this past week but thanks to good November snowfalls and still low temperatures bases are good and most of the better known centres have at least 100 runs open each. You just won't find much powder. For that you (unusually) need to be on the East where it has been dumping through mid-week and resorts including Mont Ste Anne, Tremblant and Stoneham have each reported as much as 30cm of snowfall in 24 hours.

USA
December is turning in to one of those unusual months when the US sees much more snow in the East than the West. In fact with the peak season nearly upon us conditions in the West are starting to look a little desperate with most of the major areas in states like Colorado and Utah only able to open small parts of their terrain with marginal snow cover having had very little snow at all so far this autumn. Mammoth in California hasn't had much recently either but it did get a few good dumps in November and has a 50-150cm base and about 100 runs open – it says the most in the country. Compare that to Park City, Utah, biggest area in the Us, with less than 15 of its 350 runs operating on Wednesday 13th. The picture is brighter in the East though where temperatures were double digit below mid-week and about a foot of snow fell at many areas, with more forecast.
The Admin Man 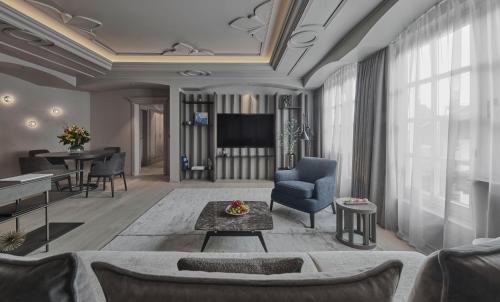