J2Ski have been making tracks with Snoworks in Tignes, France, this week.

Big snowfalls across The Alps, as the weather goes cold!

It's been quite a week in the Alps with a huge snowfall arriving as forecast and dumping up to 1.2m (four feet) of snow on parts of Austria and Switzerland and 40-90cm on a much wider area. It's the biggest early December snow storm in Europe for some years and is remarkably well timed with tour operators just beginning their 18-19 programmes this week.

It's also been timed well for us as we've been out in Tignes this week, learning to ski safely away from the pistes with Snoworks (see our Snoworks Course Diary Day 1 and Day 2).

Temperatures dropped before the weekend heralding the snowfall which was driven in on strong winds causing operational problems for many ski areas. World Cup racing was cancelled on Sunday in Val d'Isere (though was able to go ahead in a much less windy St Moritz to the east) and there was a much publicised (via social media) gondola pile up in the Hochzillertal areas on Austria's Tirol. No one was on board the new lift at the time and the speculation is that a wind gust dislodged one cabin then the others ran in to it.

The new snow has also been helping to build bases with Andermatt, which officially opens its new link to Sedrun this week, claiming to be the first to reach a 4 metre base.

The sun is now out again in most Areas and it's looking good!

The inevitable downside of all the snow is a high avalanche risk (now generally Level 3, but has been widely Level 4 and even the max 5) and although the snow has fallen to valley level at many areas, there was much less of it and in some cases it was still rather wet, particularly below 1000m.

Across the Atlantic the great season start continues with the big news being a huge snowfall underway in the Pacific Northwest around Whistler, the one region that hadn't had a good season start for snowfall until now.

Over 50cm has fallen so far and the totals look to be heading towards a metre plus by the weekend.


EUROPEAN ALPS
Austria
It has been an amazing few days for snowfall in Austria with up to 1.2m (four feet) of snow falling between Saturday and Monday resulting in incredible powder conditions this week and also helping to build a good base as the main season gets underway. Ski areas were posting 24 hour accumulations of up to 80cm (although it's not clear if that actually was 80cm in 24 hours or if they just couldn't make it out to measure it for a few days and just put in the accumulation since the previous time they could!).

Among the eye-opening numbers were a metre in 48 hours at the Dachstein glacier and 55cm in 24 hours at the Arlberg ski area on the Warth/Schrocken side on Monday/Tuesday (50cm at St Anton). Saalbach also reported 50cm of snowfall in the same period.

Solden has the country's deepest reported base at 315cm. More areas including one of the biggest, The Skiwelt, open for the season here this weekend.

France
With all the snow that's fallen and with ski areas like Tignes already open two months there's still only around a quarter of all French ski resorts actually open for the season – but that's due to change this weekend when most of the big names, including the giant Paradiski region, start up.

It has been a snowy week in any case, particularly the Saturday to Monday period when many French areas received 50-70cm of snow at altitude. The snow was accompanied by strong winds and racing at Val d'Isere on Sunday was cancelled with 100kph gales reported.

Tignes and Val d'Isere are also topping the nation's snow depth table with 80-140cm bases for good top-to-bottom coverage already of the huge vertical there. However La Norma reports the most fresh snow in the country – an incredible 135cm (4.5 feet) in the past week.

Italy
Conditions are also looking good in Italy after significant snowfall here too, particularly in the north and west of the country. More Italian resorts are now open and are adding more terrain as we get closer to the Christmas holidays. The snowfall has not been so much as over the border in France, Austria and Switzerland but resorts have had 20-40cm of new snow since the weekend in the Northwest.

The little ski area of San Domenico di Varzo in Piemonte region is now posting the deepest snow base in the country at 3.2m with Madesimo the deepest of the larger resorts at 2.5m. There's not been any fresh snowfall reported in the Dolomites where bases are closer to 10-30cm with mostly machine-made snow.

Switzerland
It's been a good week for Swiss skiing, with most of the country's resorts now open, some huge seven-day snow accumulations reported, and the northern hemisphere's deepest reported base currently at Andermatt (4 metres).

Arosa reports the most fresh snow in the country with 120cm (four feet) in the past week – much of it falling between Saturday and Tuesday. St. Moritz and Ovronnaz were the next biggest at close to 90cm (three feet).

Hemsedal reports a 75cm base and is one of the few where the number of runs open is in double figures. There were a few areas reporting big snow accumulations and another Norwegian resort, Bjorli, for example, reports 45cmm this week, but it's an exception. The region's biggest resort, Are in Sweden, opened at the weekend, so far reporting a 33cm base and a handful of runs open.

Pyrenees
There's been no fresh snow reported in the Pyrenees over the past week. However last weekend was a big holiday weekend, particularly on the Spanish side of the region, so there was an extra effort to open terrain and most resorts are 40-80% open already with a good basic cover from November snow storms and subsequent snowmaking.

Sierra Nevada still has the deepest snow base and the most terrain open in the region by some distance with 1.5m of snow lying up top and more than 80 runs open. The snow is due to start falling again for the rest of this week.

Scotland
Other than a few mild days at the end of last week most of December has been cold so far in Scotland and snow cover is slowly building on higher slopes, if not yet really enough to open terrain. Webcam images of Cairngorm show top to bottom snow cover and pictures have been posted of ski tourers making turns in powder high up. Both Glencoe and The Lecht have single short runs set up using their all-weather snowmaking machines and Cairngorm's similar but larger machine has been put in place in the past week although there's no word yet when it will start operating.

Eastern Europe
It depends how far East you go really – on the Alps side resorts in Slovenia, Slovakia and the Czech Republic have reported some big accumulations with 30cm in 24 hours at Spindleruv Mlyn. In Bulgaria there has been some snow but not much – about 10cm at the start of the week to freshen up basses at around 50-60cm in Bansko, Borovets, up top at least.

North America
Canada
Snow has been falling across Canada with conditions continuing to look good in the Eastern provinces of Ontario and Quebec, but the big news is that a huge snowstorm, which looks set to bring more than a metre of new snow by the weekend, is hitting the west. It's particularly welcome as coastal BC has had very little snow so far and indeed it looks like snowfall over this week may be as much as the area has had over the past few months. The problem has been warm weather and whilst Whistler is posting pics of heavy snowfall its webcams are so far still showing images of rain at its base, so the problem may not have entirely gone away.

Mt Orford in Quebec is posting the current deepest Canadian base at 1.3 metres.

USA
After the snowy Autumn things have quietened down a little in the US with only small accumulations (comparatively) of 5-15cm reported across the country in the past week. Some of the biggest falls were actually in south eastern states, so quite unusually intense for the area in early December especially, but good for the ski hills there.

However a big front moving in from the Northwest is expected to greatly improve conditions in Alaska and Washington where ski areas had been suffering too little snow and too warm weather until now. Mt Baker has already reported over 70cm this week with much more forecast. This front should also bring more significant snow showers over a wider area right across to the Rockies. Conditions remain great, especially considering how early in the season it still is, across most of the country.

Ski areas in the Midwest are still posting the deepest bases at up to 1.9m. Of internationally well-known areas Silverton in Colorado with a 1.6m base and Mammoth in California at 1.5 have the deepest to date.
The Admin Man 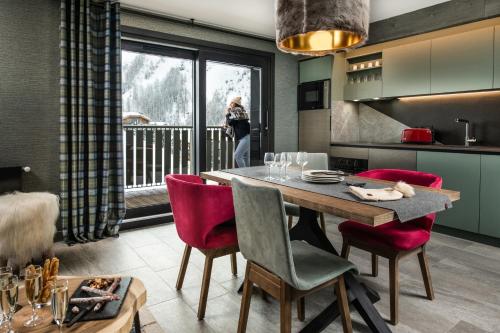 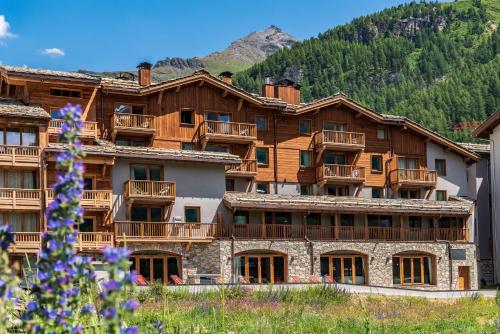 Snow is next forecast to fall in France over the next week, in at least 50 Ski Resorts including Chamonix, La Plagne, Tignes, Val Thorens and Val d'Isère.

More about St. Anton am Arlberg